Ever had one of those experiences that left  you feeling like …what the hell went wrong? I have had my fair share of these but the one I am going to write about was NOT one of those kinds, specifically. It did have elements of that feeling and unfortunately, that still lingers, but by and large, I do know what happened and what I need to learn from it, is quite obvious.

On August 1, 2017, I will be launching a new multicultural parenting magazine called, ‘the Parent Voice,’.  As the founder and editor-in-chief, I consider it one of my primary responsibilities to recruit people I know to be good good writers, who have a strong head of opinions and are not afraid to share them (within reason and as long as they align with the mission and objectives of the Magazine), and who believe in the ethos of a multicultural world.

With these intentions, I asked a good friend of mine who lives in a different country (not in India, nor the US) to write for the Mag. I have enjoyed her personal blog. I find her opinionated in a good way and while I do not always agree with her perspective, it is one I can respect, and also one that I believe my readers would like to read. During our short Facebook Messenger Chat, she seemed fairly enthusiastic and agreed to send me her first piece by the deadline. I appreciated her excitement and willingness to write.

As promised, she delivered. On the day of the deadline, sure enough, I had an email from her, with her article duly attached.

Then, the more I thought about it and mulled over it and let it marinate in my head, I realized that for several reasons, it did not quite meet the vision I have for tPV,. It was a good piece, but I knew she could give it even more dimensions if only she looked at the issues discussed in the piece from a slightly more advanced lens. Rather than approach the piece like a rant, the very same issues could be given wings with which to delve into deeper topics of direct relevance to tPV,. Unfortunately, as it stood, it needed a lot more work. As a column.

To publish it as one person’s opinion was acceptable but then, the work scholar, the feminist, the researcher, and the editor in me combined to realize that there was a LOT of bias in the article. It was entirely one-sided (again, fine for an opinion piece) but it was bordering on prejudice against certain classes of people as well as certain nationalities, and, THAT, was unacceptable.

The exact same content could have been explained from a more other-person perspective taking angle and that would have given the article much richer dimensions while not compromising the message the writer intended.

I wrote to my friend and made notes on the document explaining how and what could be changed. I gave plenty of open-ended suggestions as well as directions for thought. I was not comfortable writing that email in the first place but then I weighed what was at stake and assumed my friend would take it as well intentioned as it truly was supposed to be,

In my head, I was doing the right thing. This was my friend. Well, of course, she would want my feedback. Besides, not being honest with her about her article and publishing it as is, was being dishonest to the integrity of tPV, and I am never going to do that.

So, I sent the email.

It did not go down well on the other side. She wrote me a long email telling me in no uncertain terms that she would not be rewriting that piece, that I had misunderstood her, that she and her family are not multicultural despite some outside-of-their-native-culture sensibilities, that she was not interested in academic writing, that writing with a different lens was telling a different version of her story and not what she intended (I respected that), among other things.

In other words, she was pissed at me, clearly hurt from my suggestions of her piece, and did not see things from how I was envisioning tPV, content to read.

I was stunned at the tone of her email and deeply hurt, myself. That, is something I still cannot get over. This is a person, I considered a really good friend. Clearly, I was delusional. I held her in high esteem and wanted her to write for tPv, but now I realize it is for the best that things ended up the way they did. It wasn’t meant to be.

(1) Don’t assume everyone shares your vision or views on multiculturalism or that everyone even wants to live multiculturally. People can be quite ethnocentric or different degrees of it and happy. That is their prerogative. Does not make them bad people. Just different. As someone who believes in diversity of thoughts, I can respect that. I don’t have to agree with it.

(2) Don’t work with “friends”. Not all your friends want to work with you.

(4) Do not ever assume anything about anybody, even a really good friend whom you thought you knew well. You really never EVER know anyone. Whatever part of their personality they show you, is just a preview of their entire self. Take that at face value and maintain those relationships to the extent of integrity apparent in that preview. Be vary of expecting too much or believing that the preview is the entire self.

(5) tPV, is bigger than myself or any one person. What it stands for and will come to mean and represent as it evolves is more important.

(6) I will never compromise on the quality of content we write/create/present on tPV,.

My latest book, ‘Immigrant Workers and Meanings of Work: Communicating Life and Career Transitions’ is available at Amazon and other sellers. Below is a screenshot of the book on Amazon.com. You may click on the image to take you to the website or get there directly.

END_OF_DOCUMENT_TOKEN_TO_BE_REPLACED

Last month, the folks at Peter Lang sent over a proof of the final cover of my latest book to be released soon.

I am really excited about it and can’t wait for the published copy to be out. This project began as a humble interest sparked in 2008 during the days of my doctoral studies and one that got stronger over the years until, identifying the lack of research connecting meanings of work to immigrant workers and vice versa, I initiated a conversation with my friend, Elena Gabor, on whether she would like to come aboard a book project idea with which I was tinkering.

END_OF_DOCUMENT_TOKEN_TO_BE_REPLACED

Given the extremely cold days that Chicago and Chicagoans have had to endure this winter, I have reluctantly given in to the luxury of taking a cab home after teaching my graduate seminar this quarter. Yesterday, my cab driver was Janice, an older African-American woman. I was pleased to be in my very first car ride with a woman driver. After exchanging pleasantries and admitting to her that this was my first time being driven by a woman, I started asking her about her work.

Because I love what I study and research – careers and meanings of work – every encounter with a “working” individual is a chance to learn more about their constructions of meaningful work and Janice was an engaged interviewee. I asked her why she rode a cab. (I did confess that I am a professor and that I study and teach about work and it’s meanings) She said it was like a business to her because she leases the cab for 24 hours and gets to set her schedule. As we continued to chat, I learned that she had been driving a cab for 9 years and really enjoyed it. Why does she enjoy it? She answered jovially by saying that “people are always coming and going” in her cab and she enjoys meeting so many new people all the time. I also learned that Janice is voluntary cook at a shelter. When I asked her what the meaning of this work was for her, she repeated her ability to have a flexible schedule. Then, she said that she liked that she helped people in her job. “How so?” She believes she helps people because she takes people to their destinations. She said she wasn’t very religious but still felt there was a hand of God in what she did and “it is also very good money!”, she said smilingly.

Before we could chat more, I had arrived home and Janice had indeed helped me get to my destination thereby fulfilling the meaning she saw in her work everyday. She is an amazing conversationalist and throughout our 5-6 minute cab ride, her smile never once left her face. She was very pleasant to chat to and I really wished I had had more time to engage with her.

With regard to meanings of work, Janice appeared to have both, intrinsic as well as extrinsic reasons to find meaningfulness in her work. Her subjective interpretation of meaningful work as helping someone was unexpected for me just because I never saw the role of a cab driver from a purely functional angle. Of course it absolutely makes sense now but to see it internalized and expressed clearly from a cab driver’s perspective was new for me.

I hope to continue interviewing more people  “at work” and will update this blog accordingly. To see some of the amazing interviews my students have conducted in the past, go to https://themeaningofworkproject.wordpress.com 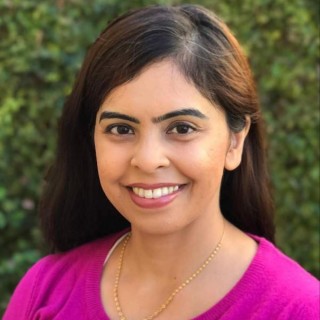